Watchmen is shaping up to be one of HBO’s most ambitious shows. Starring Regina King, Don Johnson, Tim Blake Nelson, and Louis Gossett Jr., Watchmen moves audiences through an alternate-history Earth where cops wear masks to guard against assassination, and Vietnam is an American state.

Our world and the one that exists on the show do have share histories. Example, the first episode opens with the May 31, 1921 terror attack on Greenwood District in Talsa, Oklahoma where hundreds of black residents were brutally killed and 1,000 homes in the prosperous town, also known as Black Wall Street, were destroyed by invading whites. That really happened.

In the scene, Gossett’s character, Will Reeves, is a small boy, and his father, a former World War 1, rushes to get him safety. 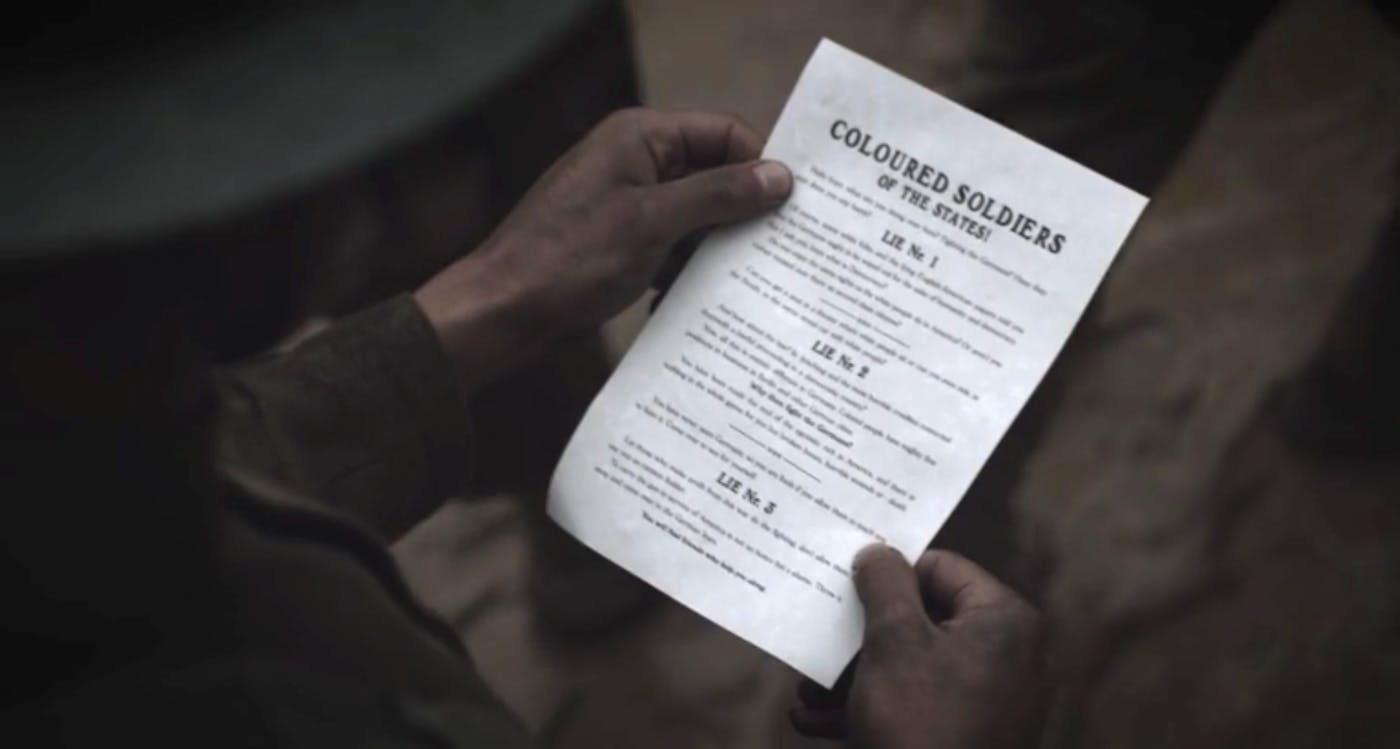 In episode two, during a flashback scene, we see Reeves’s dad marching through a muddy field during World War 1 as German propaganda leaflets are dropped from above. The leaflets, titled “Coloured Soldiers of the States!”, Includes the words, “Do you enjoy the same rights as White people do in America?” and encourages the black soldiers to break rank, and flea to the German side where they would be treated with respect, unlike in America where they face hatred and discrimination. That actually happened.

In fact, the words on the leaflet featured in the episode are the same words that appeared on the real leaflets.

I’m not sure where this story line is headed, but it’s refreshing to see a program unafraid to take on some of the darker elements of American history, even if it is tucked into a fantasy world of masked vigilantes.

Don’t call it a comeback, the Boondocks are returning to TV screens