At the 2016 Grammy Awards Kendrick Lamar walked away empty handed, losing in the Album of the Year category to Taylor Swift’s 1989. Lamar’s To Pimp A Butterfly has since become a cultural staple in the era of Black Lives Matter.

The only rap albums to have ever won in the Album of the Year category are Lauryn Hill’s Miseducation of Lauryn Hill and Outkast’s Speakerboxx/The Love Below. Hill scored the first ever rap/hip hop album in 1998 and Outkast followed in 2004. Over a decade later, no other rap act has been able follow suite.

So why are the Grammy voters still scared of Rap? Ahead of this year’s show, acts like Lizzo, H.E.R., and Lil’ Nas X, who’ve all produced incredible music, are nominated. But missing is recognition for acts like Meek Mill and Tyler The Creator, both released projects deserving of a nod for album of the year.

The Grammys are a complete whitewash. While black artists, and black culture drive popular music, that fact is rarely reflected in the faces of winners of Album of the Year. Lamar’s To Pimp A Butterfly had all the right indicators of what a Grammy winning album should be — from production value to his gritty lyrics. But, as should have been expected, he was shut out. And other artists who find themselves outside of the accepted hue, often walk away without the recognition they deserve.

Deborah Dugan’s recent bombshell revelations about corruption and unfair voting at the Grammys have validated what many already suspected. Dugan is the first female Grammy Academy president. She was fired days before this year’s ceremony.
The big question looms over this awards show: Are the Grammys even legit at this point? Will they ever illustrate diversity? One thing is for sure, music tastes keep changing and the voters are either not paying attention or turning a deaf ear to popular culture, especially to hip-hop music. 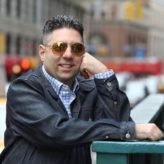 Robert Frezza is a music journalist based out of NYC. He has a love for all types of music especially new artists on the horizon.

In support of the confederate flag, Trump goes on twitter tirade against NASCAR and Bubba Wallace

When you join the wrong movement