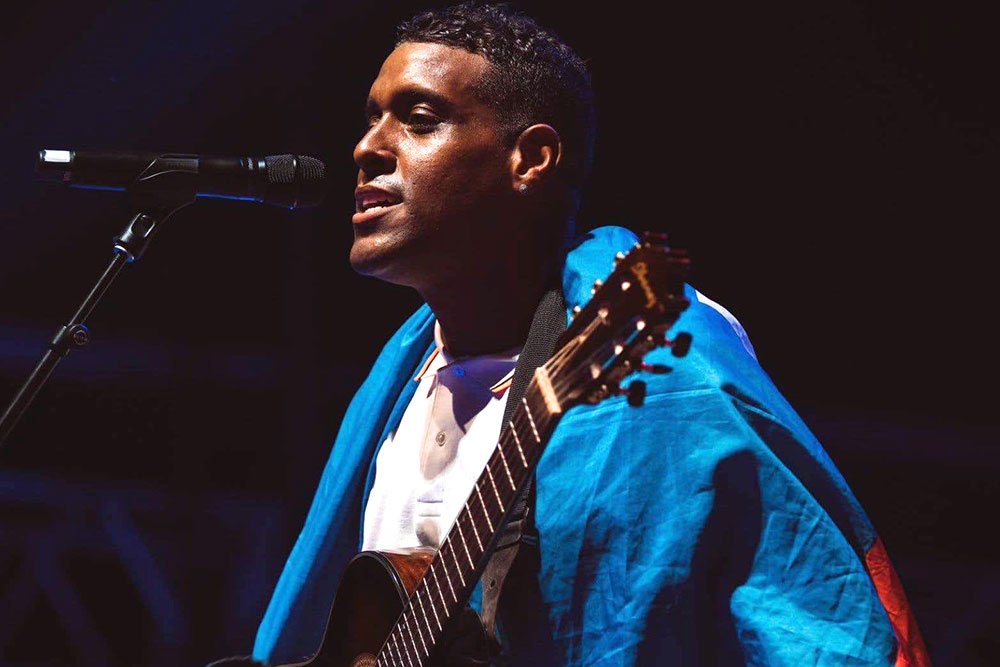 The sudden death of singer Mikaben during an October 15 concert in Paris has left fans in shock. The cause of death has yet to be verified but it’s suspected that Mikaben, born Michael Benjamin, suffered a heart attack or cardiac arrest during the Saturday concert after collapsing as he made his way off stage.

Mikaben found success in the 2000s with a number of hits including Ou Pati and was the lead signer of the group Krezi Mizik. He frequently collaborated with other Haitian artists like Alan Cave, T-Vice, and Carimi —he was featured on their hit songs Baby I Missed You and Fanm sa Move. He was preforming at a Carimi concert at Accor Arena in eastern Paris when he died.

Fans across Haiti mourned the 41-year-old, “I’m shocked by the sudden death of the young and very talented artist Michael Benjamin ‘Mikaben’. We have lost a major figure in Haitian music.” Haitian prime minister, Ariel Henry, wrote on Twitter.

In an interview with the Miami Herald newspaper The Fugees‘ Wyclef Jean called Mikaben “one of the most influential and inspirational young artists of our generation”.

The son of singer Lionel Benjamin, Mikaben leaves behind a pregnant wife, who’s due to give birth this December.

Joseph C. Phillips, best known for his role on the 'Cosby Show' joins the faculty at Clark Atlanta University