Last week Kid Rock took the stage at his Nashville restaurant, Kid Rock’s Big Ass Honky Tonk Rock N’ Roll Steakhouse, to deliver a drunken, racist attack on Oprah Winfrey, Joy Behar, and Kathie Lee Gifford. This week he decided to go back for seconds, this time attacking the city of Detroit. On Wednesday Rock made the mistake of sneak-dissing the D writing in a post on his Facebook page, “I guess the millions of dollars I pumped into that town was not enough.” 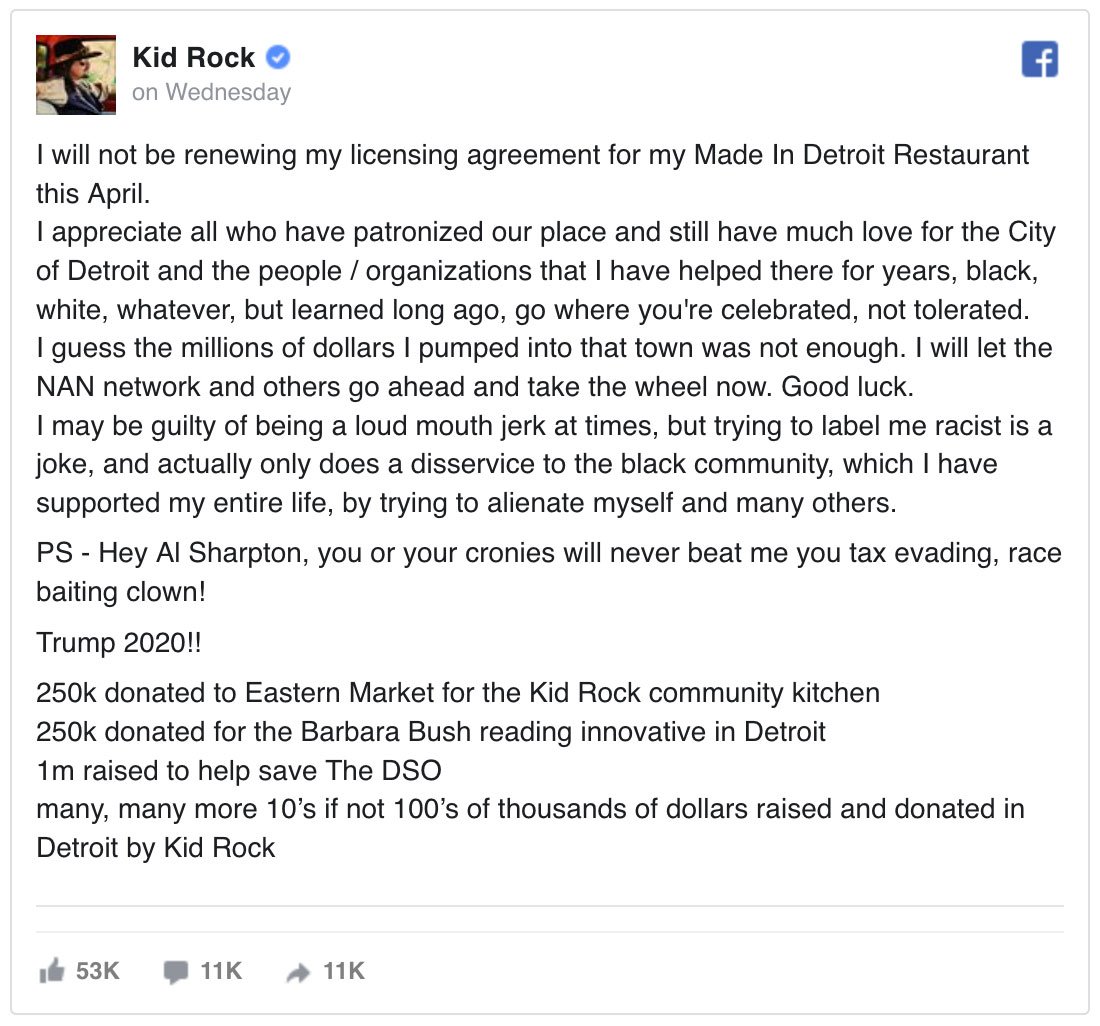 Apparently, Detroit resident Royce da 5’9″ felt a way about how Rock is handling things and gave him some less than kind words of advice, “Please shut the f*ck up and get a publicist before you start a fire that can only be put out by the people who aren’t interested in your “millions of dollars” @kidrock.”

Please shut the fuck up and get a publicist before you start a fire that can only be put out by the people who aren’t interested in your “millions of dollars” @kidrock https://t.co/aIpNPsR82c

At first read, Royce’s advice may sound harsh, but there is some validity to it in that Rock should probably designate a staff member to help him not stick his foot in his mouth whenever he opens it. Another thing Rock should take away from Royce’s advice, people only take interest in Rock because of the millions to his name.

Gayle King gets out of pocket with Kobe questions, social media drags her after Lisa Leslie set her straight