The economy is booming, but not everyone’s caught the gainful employment wave. If you’re stuck in a rut, don’t be mad, here’s a primer on what you can do while waiting for UPS to call you in for that second interview.

Stalk the CEO of your former company

This is more revenge fantasy than realistic advice. They say that the joy of the hunt is often more exciting than the kill, and that’s where stalking comes in. Revel in the knowledge that while he’s making a million dollars a day, you know what color underwear he’s wearing, and how many times he shakes at the urinal.

Pros: CEOs live the high life, baby. That means, whether in the cargo bay of his private jet or a storage compartment in the galley of his yacht, as you stalk, you’ll be traveling the world, and quite possibly be visiting some exotic places. When eventually discovered, your tenacity will show ingenuity and spunk, leading to an offer of a high-level executive position with stock options and 12 weeks paid vacation.

Cons: Ok, earth to you. Stalking is creepy, illegal, and nothing good ever comes of it. Not to mention, after accusations are made public everyone will assume you’re insane and guys like Trevor Noah will crack jokes about you endlessly.

You really don’t want that.

You’ve always wanted to impress the ladies with your linguistic skills, admit it. Now’s the time, Jack!

Right now, there’s a language just waiting for your tongue. So what’s the hold up? And while you’re at it, don’t go for some tired old bullshit like Spanish (no offense to my fine Latina babies out there) or Italian (ditto for my lovely ladies from the boot). Hell no, make yourself marketable, go for something obscure. Like the language of the Kalahari bush people which consists largely of tongue clicks! How many people do you think graduated this year with a degree in that?

Pros: Being fluent in a second language greatly increases your possibilities of being hired by a new employer. More important than that is the fact that 65% of all women say they find a man who can order from a foreign language menu with confidence sexy.

Cons: Ok, maybe the !Kung! language wasn’t the way to go. I mean come on, it doesn’t matter how long you hold your breath, they aren’t making another sequel to the Gods Must Be Crazy. Sorry man.

Take up a hobby

My mother always said, “A man without a hobby is a stroke waiting to happen”. Hobbies have a sort of calming effect on an individual, and right now you need a lot of stress relief. We recommend model fighter jets building. Hear us out. You get to lose yourself in endless hours of reproducing some of the most destructive machines mankind has ever known… to scale! More than this, when you’re done, you can fantasize about using jets to attack the corporate headquarters of your former employer, napalming it until they’re all horribly sorry they got rid of you.

Pros: You will feel calmer, more centered after a quiet day of putting together a nice British Hawker Harrier.

Cons: That calm feeling you’re experiencing is due in part to the fumes from the model plane glue, which you’ve been breathing in all day. Man, open a window! Haven’t you ever met a huffer before? It’s not pretty.

Yeah, go Julian Assange on those bastards! Leak all the salacious details to the press. Don’t spare a juicy morsel. We love scandal.

Pros: You can go to sleep at night knowing that you caused the ruin of all those fat cats that were keeping you down for so long.

Cons: How can you go to sleep at night, knowing that you’ve destroyed the lives of all your co-workers, whose 401k’s are now worthless… you bastard.

There’s no point in trying to deny it, pal. We all know. It’s ok, because we’re all doing it. I know a guy who’s got really bad carpal tunnel because of this very thing. So why not take your expertise and build a site where you can guide poor souls looking for a few minutes of distraction to the oasis of their dreams?

That’s right, don’t be a prick with all that free time you have, go out and do something with it. Give back to the community. There are plenty of volunteer programs, the trick is finding the one that’s right for you. Maybe it can be as simple as helping out at a senior center or cleaning up in the local park for a few hours a week. Or maybe you’d be into the Peace Corps, where you get to see some foreign country for a few years.

Pros: You really will feel good about yourself, probably gain some new skills, and you’ll be making the world a better place as well. But more than this, have you seen some of the women that do volunteer work? Yeah, baby!

Cons: The Peace Corps isn’t always what it’s cracked up to be. Old people tend to smell funny, parks are filthy, and have you seen some of the beasts that do volunteer work? Oof!

Get back to where you belong, in the great outdoors. You’ve got nothing to lose and they’re giving away land in Alaska, so why not make a brand new start? You can live off the land, build a swank log cabin and lead a simpler life. Mmm’mmm, can’t you just smell the country goodness?

Pros: Without all the material bullshit that we’ve got to trudge through during our daily grind, you will find yourself much happier. You will finally be your own man, beholden to no one. Free from the fetters of society you can do things your way, the simple way, the natural way. Country living.

Cons: Wake up, man! A cabin? Are you insane. First of all there are something like 21 men to every woman in Alaska. Second of all, Grizzly Adams was bullshit! That’s a hard life. Give me a 9 to 5 and a crappy studio in the Bronx any day of the week, at least I won’t have to worry about bears.

Pros: Chicks are usually impressed when you tell them you write, and without a job, you can tell them it’s what you do full time. Sometimes, writing even makes you money, or at least that’s a rumor that goes around.

Cons: You will turn into a miserable self-loathing prick who takes everything way too funny, and is convinced that you need to listen to jazz or you’re being pedestrian about things. And you will do this alone, because girls aren’t interested in guys who have been working on the same novel for ten years… not that I speak from experience or anything.

Laugh all you want, but I’ve got two words for you – Adolph Hitler. That’s right, the man who almost conquered the world was an unemployed sociopath, plotting his ascent to the top. First he took Germany, and then a good portion of Europe. So it’s possible. Of course, we’d like to think that as a world dictator, you’d be a lot nicer than him.

Pros: Chicks dig power, and as world dictator, who’d have more power than you? You could also change the names of places you don’t like. Schenectady, New York could become Armpit of the World, New York. See, it’s fun. But more than this, you can make the world a place where everyone gets along, peace prevails, and it’s ok for a guy to have a few girls at once.

Cons: You’ll become paranoid, and corrupt. The world vision you had where you reigned supreme over humanity, and one of the most intense harems ever, will fade away to a dark, miserable, unhappy world. Thanks.

You’ve seen her at company functions, and dammit he girl is hot. So why not look her up on the ‘gram and slide in her DMs? You know her father won’t be pleased. But who care. Play your cards right and your former boos could become you future in-law.

Pros: When you show up to dinner with her parents, decked out in tims and a Yankee fitted, a knowing smile on your face, you’ll have the satisfaction of knowing you had the last laugh.

Cons: Did you check her I.D.? Cause the word on the street is that she’s only 15. Smooth work, R. Kelly. Also, that dinner with her parents? Those aren’t her parents. You’ve walked into a police sting… “Why don’t you have a sit.“ 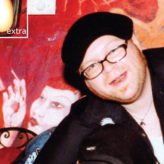 Chris Pidustwa is a part time writer and lead singer of Johnny Thursday and the Friday Knights.

They'll soon be an Oreo for every flavor on earth. Get a head start with these 10

Carl Payne remembers being with Tommy Ford before he died

Joycelyn Savage, is ready to tell us every dirty R. Kelly secret… for a small fee

R. Kelly has a balance of negative $13 in his bank account… Let that sink in