Veteran animation producer Dwayne McDuffie died on Monday in Burbank, Calif., from post-op complications of an emergency heart procedure. He was 49. 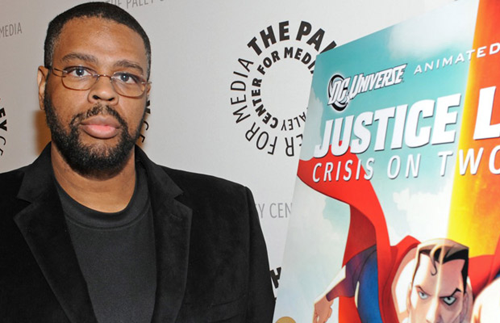 CBR News has learned that comic writer, animation producer and respected industry veteran Dwayne McDuffie passed away. The cause of death and specific details are unknown at this time.

A native of Detroit, McDuffie officially joined the comics industry as part of Marvel Comics editorial in the late ’80s. While working on special projects for the publisher, he quickly made his name as a writer creating series such as “Damage Control” and helping to redefine the Deathlok character to fan and critical acclaim. He soon left the staff to become a full time freelance writer, becoming a voice in the industry for diversity, particularly fighting against stereotypical portrayals of people of color on the comic book page.

In 1993, McDuffie co-founded Milestone Media along with creators Denys Cowan, Michael Davis and Derek T. Dingle. The company’s mission statement involved expanding the role of minorities in comics both on the page and off, and they launched (through DC Comics) a line of superheroes that included “Static,” “Icon” and Xombi” – all of which McDuffie had a hand in creating.

Over the years, the writer contributed to scores of notable comic book launches and series, always with a keen eye on character, regardless of race. In 2000, his character, Static, made the leap totelevision in the Saturday morning cartoon “Static Shock.” In 2003, an episode of the show dealing with gun violence earned the writer the Humanitas Prize.

In recent years, McDuffie pursued dual tracks in animation and comics writing. He served as story editor for the popular “Justice League Unlimited” animated series and wrote a number of DC’s recent direct-to-DVD animated films. McDuffie had notable runs on comic series “Fantastic Four” and “Justice League of America,” often incorporating Black characters into the core of the fabled franchises.

McDuffie’s latest work was the script for the “All Star Superman” animated adaptation, which went on sale today in stores across America. CBR ran a lengthy interview with McDuffie about that project last week and caught up with him, looking in good health and acting jovial, last week at the Paley Center’s Los Angeles premier for the film. McDuffie’s last known public statement was a post to his Facebook page Sunday at 12:17 PM Pacific. He was scheduled to sign at Golden Apple Comics tomorrow evening as part of Reggie Hudlin’s Reggie’s World launch party.

The writer is survived by his wife, though at this point no further details are available on what exactly happened to McDuffie. The staff of Comic Book Resources offers our deepest condolences to his family and friends.