Picture Blade in a leotard with little cat ears.

That’s probably the iconic image of Black Panther that would have scared young comic book lovers if Wesley Snipes had gotten his way and starred in a Black Panther movie back in the 1990s. 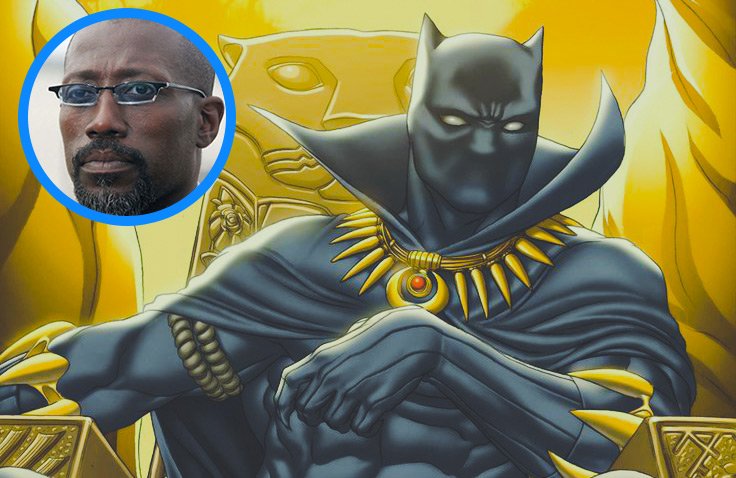 Snipes, who many aruge kicked-off the comic book movie crazy for his starring role in the Blade movies, recounts the details of the failed Black Panther movie bid to The Hollywood Reporter, revealing his disappointment in not being able to get the project off the ground and his pitch to director John Singleton.

I laid on him my vision of the film being closer to what you see now: the whole world of Africa being a hidden, highly technically advanced society, cloaked by a force field, Vibranium.

John was like, ‘Nah! Hah! Hah! See, he’s got the spirit of the Black Panther, but he is trying to get his son to join the [civil rights activist] organization. And he and his son have a problem, and they have some strife because he is trying to be politically correct and his son wants to be a knucklehead.’

I am loosely paraphrasing our conversation. But ultimately, John wanted to take the character and put him in the civil rights movement. And I’m like, ‘Dude! Where’s the toys?! They are highly technically advanced, and it will be fantastic to see Africa in this light opposed to how Africa is typically portrayed.’ I wanted to see the glory and the beautiful Africa. The jewel Africa.

I love John, but I am so glad we didn’t go down that road, because that would have been the wrong thing to do with such a rich project.

Snipes even had the costume worked out:

“Actually, I figured it would be a leotard. A leotard with maybe some little cat ears on it. I would have to be in shape and just be straight bodied up. I never imagined anything more than a leotard at the time, which I didn’t have a problem with because I started out as a dancer.”

Read the full interview over at The Hollywood Reporter.

Black Panther Star Gets In Hot Water Over Anti-Vaccine Video

‘Dolemite Is My Name’ Official Trailer

After barely two seasons Marvel’s Avengers: Earth’s Mightiest Heroes may be on the chopping block

Wesley Snipes going up the river next week