It wasn’t a good week for Bryan ‘Birdman’ Williams. The Cash Money records founder lost a small-time lawsuit in the most expensive way possible.

A judge in Florida has ordered Birdman to pay more than $1 million to his former property manager after Birdman was a no-show for a court hearing.

In April of this year, Nicolas Jose Penzo filed a lawsuit against Birdman and Pine View Management LLC claiming he was cheated out of pay for work he performed on Birdman’s property between 2015 and 2017. Penzo said his duties included painting, coordinating outside contractors, and general maintenance and was to be paid $150 per day.

The Blast reports that Penzo’s suit was only seeking about $30,000 in damages (“not including overtime”) for unpaid wages and other moneys owed. However, after Birdman was a no-show to a hearing, the judge declared a default judgement, awarding Penzo $1,069,876 for damages, attorney fees, and costs. Oof!

Birdman will most probably appeal, but word to the wise, when you’re being sued and get a summons to appear in court, show up or be prepared to come out of pocket. You can read through the judge’s ruling below. 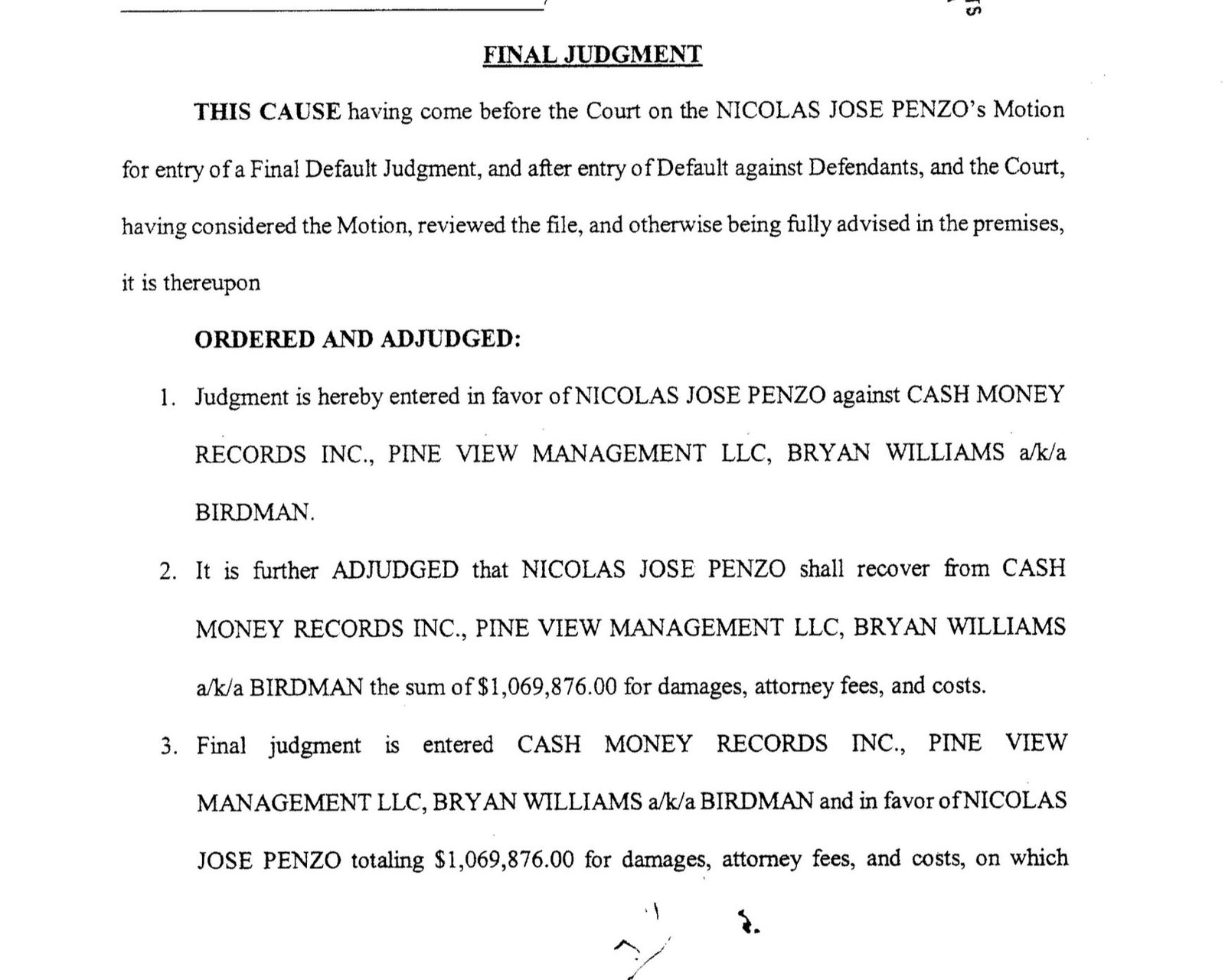 Odell Beckham is sparing no expense to troll his former team