The men who were arrested and charged for assault of rapper Bizzy Bone of the group Bone Thugs-n-Harmony earlier this year were sentenced in a Los Angeles court on Tuesday (Nov. 24). 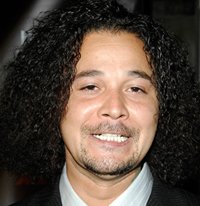 Anti-gang worker among those sentenced to hard time for robbing and beating rapper Bizzy Bone (above).

The attack took place on January 9 at the Universal City hotel in Los Angeles where Bizzy was staying. The men beat him and robbed him of his jewelry.

Jones, who worked for the anti-gang organization Unity One at the time, was collared soon after the attack. He admitted he carried out the robbery and assault to benefit a street gang. He pleaded no contest to a single count of burglary and was sentenced to 12 years behind bars.