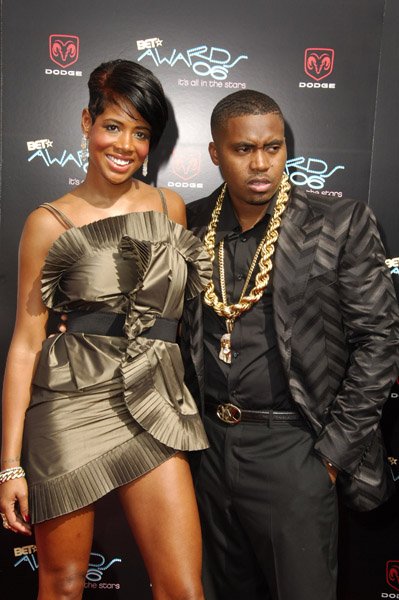 The divorce fight between Nas and Kelis is just starting. In the most recent development, Nas, born Nasir Jones, filed court paper to counter claims by his pregnant estranged wife that his latest record deal was worth $11 million dollars.

According to the rapper, “I did not receive even half that amount,” insisting his deal was for $4 million. He also stated he’s not making as much money as he once was, pulling in just over $147k per month.

The couple is expecting their first child later this month. Kelis had originally asked the court to award her $20,000 to purchase “strollers, cribs and other baby supplies” for their two homes, in addition to child support payments. But in his filings Nas, who says he wants to be a “fully involved” parent, insists $5,000-a-month is more than enough to provide for a newborn’s needs. In addition, he has already agreed to pay $350 for a stroller, $450 for a baby sling and $1,598 for two cribs.

Nas and Kelis met at an after-party for the MTV Video Music Awards in 2002 and tied the knot in 2005.

Their 4-year marriage came to a halt in April when I was revealed that Kelis had filed for divorce due to irreconcilable differences.

Arturo Gatti’s Wife Arrested in Connection with His Strangulation Death