Snoop Dog is caught up in an alleged cheating scandal. A woman by the name of Celina Powell, who lists herself as a “Public Figure” on her Instagram page, recently posted a video giving details of an alleged affair she had with Snoop in 2018.

Powell claims she got Snoop’s number from an industry associate and randomly called him. He didn’t answer the Face time call but he did text her back. Powell claims that Snoop offered to fly her to L.A. from Colorado after just one conversation. Apparently Ms. Powell gets around, because she admits she was surprised that he didn’t know who she was.

Powell’s Instagram post makes a number of claims including, that during the sexual encounter, Snoop paused several times to put cocaine over her body and snort it off. She describes the encounter as “weird”.

Powell says she later moved to California and hooked up with Snoop multiple times afterward. After their last encounter, at Snoop’s family home, Powell was unceremoniously dropped off at the curb by Snoop’s bodyguard.

Powell also confesses to extortion, claiming she threatened to expose Snoop because of the treatment she received but that he eventually paid her $20,000. She’s apparently exposing him now because he commented with laughing emojis under a post that Lil Duvall made about her.

Snoop’s wife, Shante Monique Broadus, isn’t happy about Powell’s newest allegations, posting a meme to her Instagram that read, “🤔 U ever watch somebody u love turn into somebody u dont know… 😢💔” 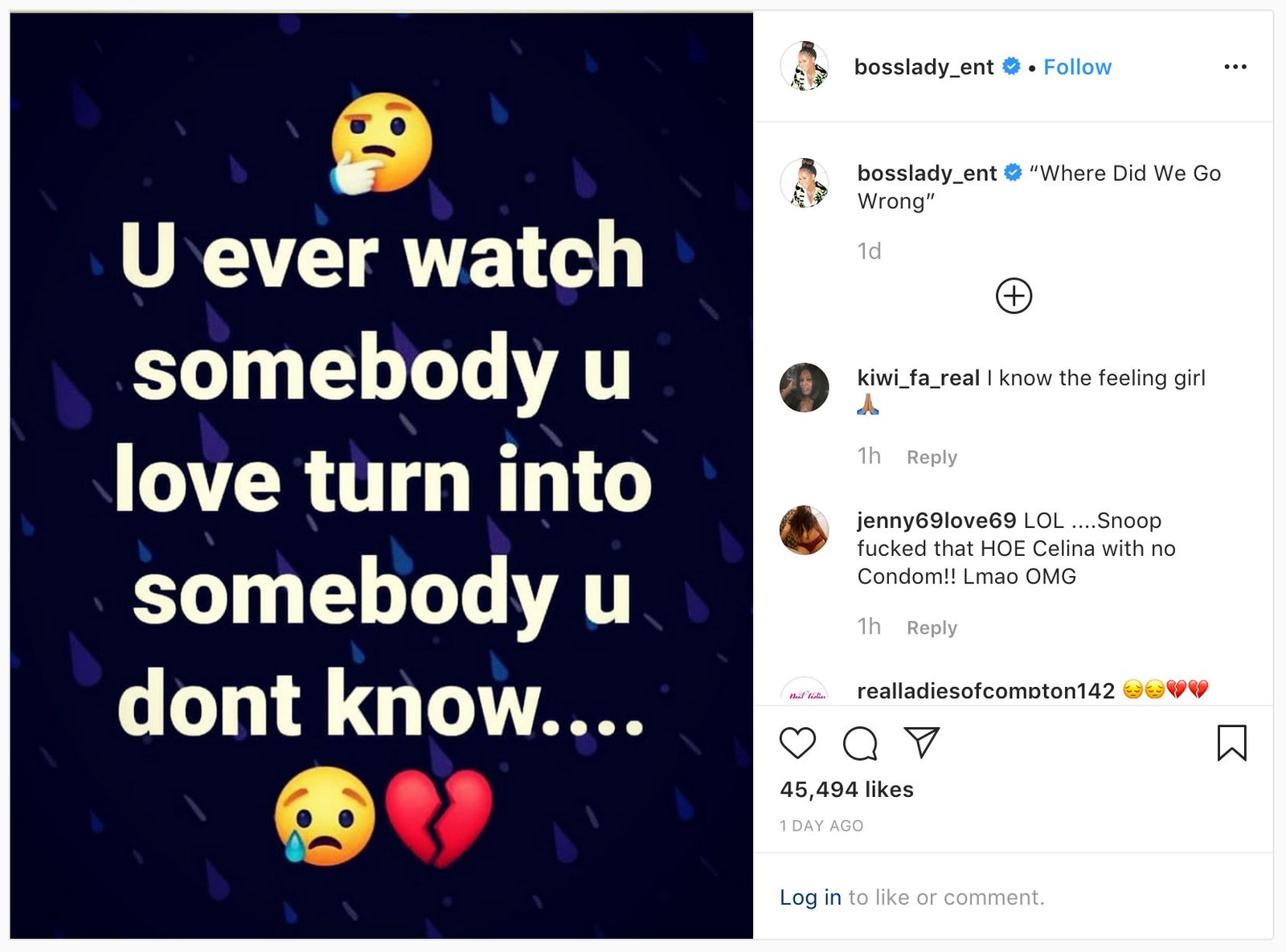 Snoop and Shante have been married for 20 years.

Police on the hunt for Suge Knight