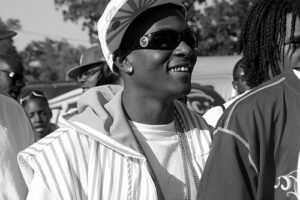 Louisiana police took rapper Lil Boosie, born Torrance Hatch, into custody yesterday (Apr. 22) in connection with a fight that broke out at his Baton Rouge home on April 12 between him and an unidentified man.

The fight supposedly started over a piece of jewelry. Boosie is said to have struck the man with a vase, leaving him with non-life threatening injuries.

Boosie was charged with second-degree battery.