Steve Perry, the former lead singer of the 80s rock group Journey, is trying to explain himself after comedian Sarah Silverman suggested the ex-rocker was a big fan of racial humor. 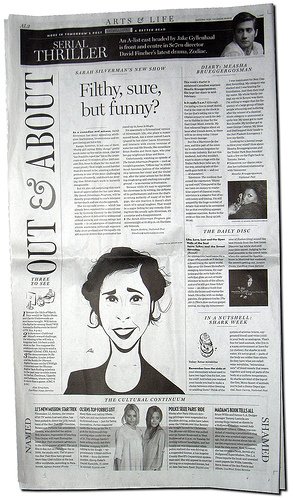 In the April issue of Playboy magazine, which hit newsstands last Friday (March 19), Silverman tells the story of meeting who she referred to as a “onetime lead singer of a very popular band from the 1980s” after one of her shows. “You’re my favorite comedian – you have the best (n-word) jokes.” Silverman added: “I’ll just say this: After that, I stopped believin’,” which the rocker took as a reference to the Journey hit “Don’t Stop Believin’.”

Perry in return reached out to Rolling Stones magazine, telling the publication, “I’m really shocked. She was so friendly and so nice. I don’t understand why she would go there, it’s so bizarre. I don’t use that word, are you kidding? That’s so derogatory.