The arrests are the result of an August 2017 court filing by Los Angeles prosecutors in Knight’s case alleging that Knight and his attorneys had discussed bribing witnesses in the case.

LA Times reported that beginning in early 2015, Knight, Fletcher “and others” talked about paying witnesses to say Knight’s victims were armed. 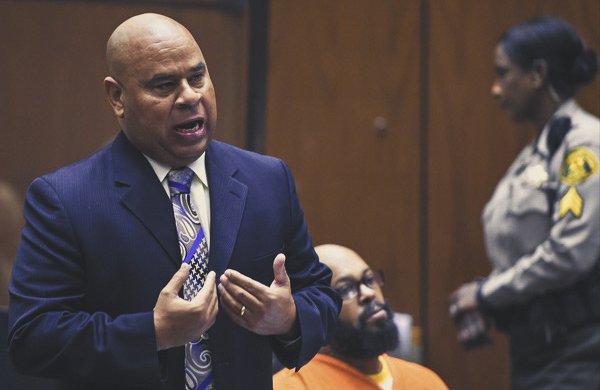 Culpepper and Fletcher both deny the allegations. They’ve been charged as accessories after the fact with bail set at $1 million. Knight will also face charges.

Knight, the former head of Death Row Records, has been jailed since January 2015 after turning himself in, in connection to the death of Terry Carter after an argument between Knight, Carter, and Cle “Bone” Sloan in a Los Angeles parking lot near the film set of a commercial for the movie ‘Straight Outta Compton’.

Security camera video where the incident took place shows Knight driving his car into the men and fleeing the scene. Knight and his lawyers have claimed Knight fled because Carter and Sloan were in possession of guns.