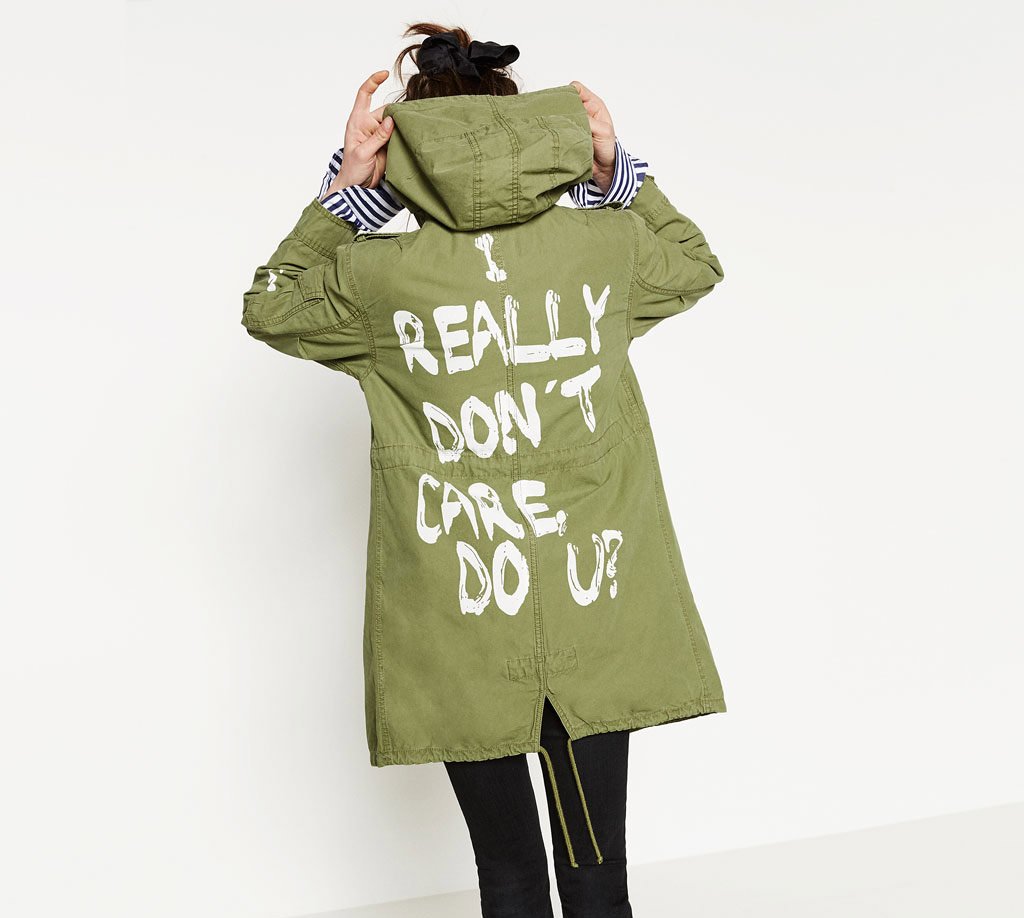 First lady Melania Trump hopped on a plane at Andrews Air Force Base on Thursday for a surprise visit with some of the immigrant children being held at a facility in McAllen, Texas.

Trump’s attire seemed a bit out of sorts considering the purpose of the trip. The first lady wore a green military-style jacket with the words I REALLY DON’T CARE, DO U? emblazoned on the back in very a large white font on a tour of the facility where children, separated from their parents and other family, have been held for months.

The jacket, by Zara, was not meant to convey any kind of “hidden message”, according to her spokeswoman.

Today’s visit w the children in Texas impacted @flotus greatly. If media would spend their time & energy on her actions & efforts to help kids – rather than speculate & focus on her wardrobe – we could get so much accomplished on behalf of children. #SheCares #ItsJustAJacket

Hidden message or not, considering the events of the past week, and the President’s months-long policy of separating children from their parents who enter the country illegally from the Mexico border, some situational awareness should have been practiced for this occasion.

Upon landing in Texas the jacket was nowhere to be seen.