sports
December 26, 2019
by Tiffany Simmons
0 0
Nick Young is usually known for his goofy antics on and off the basketball court but on Christmas day, the NBA player channeled his inner seriousness and recruited his kids to give girlfriend, Keonna Green a present she won’t soon forget.

With his son recording, the former L.A. Lakers shooting guard, and internet meme sensation, got down on one knee and proposed to Green, 29. No doubt she enthusiastically said yes, as she sported a stunning diamond engagement ring in pictures the couple posted on social media. Talk about a Merry Christmas! Young, 32 took to Instagram and captioned snippets of videos from Christmas as ”Christmas to remember for the Young family.” 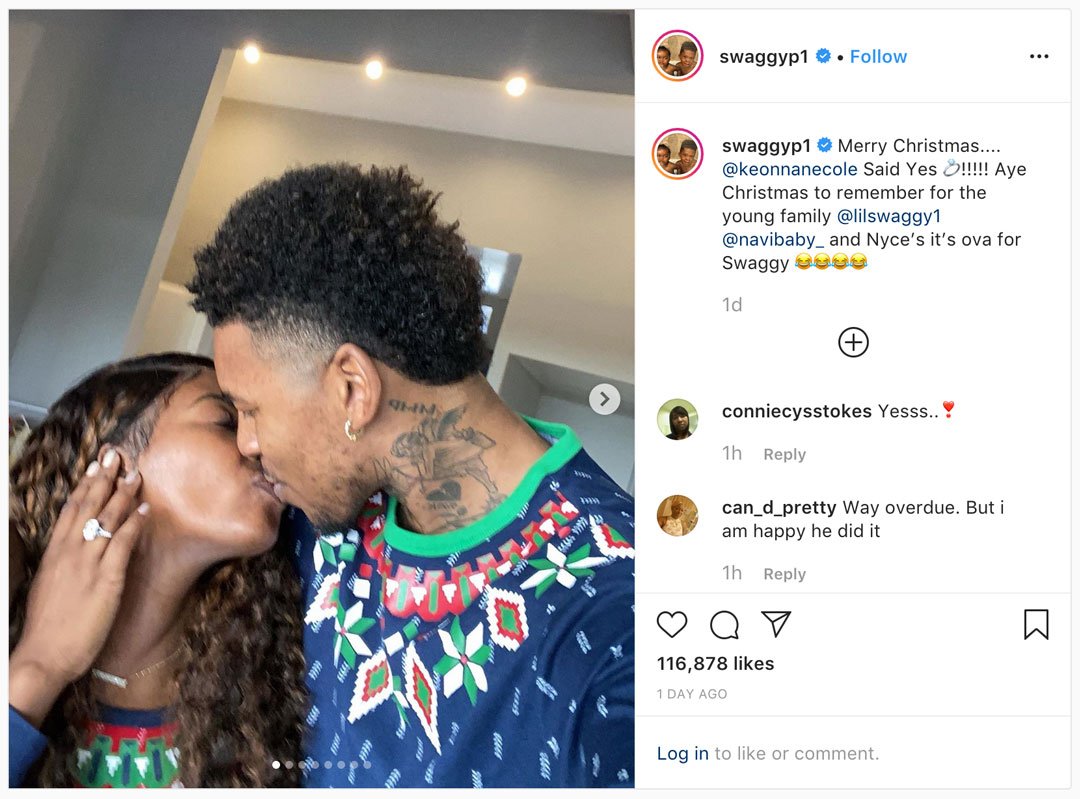 Th couple’s on again, off again relationship has been going strong since Young’s engagement to rapper Iggy Azalea ended in 2016. Azalea called off the engagement after rumors began spreading that Young was still romantically involved with Green.