Odell Beckham Jr., who played for the NY Giants since he was drafted in 2014 and was traded to the Cleveland Browns in the off season, bought real estate on a giant billboard in the center of Times Square in New York in the ultimate troll to his former team.

The ad placement comes courtesy of Abbott brand, features a close up of Beckham’s face with the text “New Team, Who dis?” above his image.

Marcel Louis-Jacques captured the shot and posted it on Twitter. 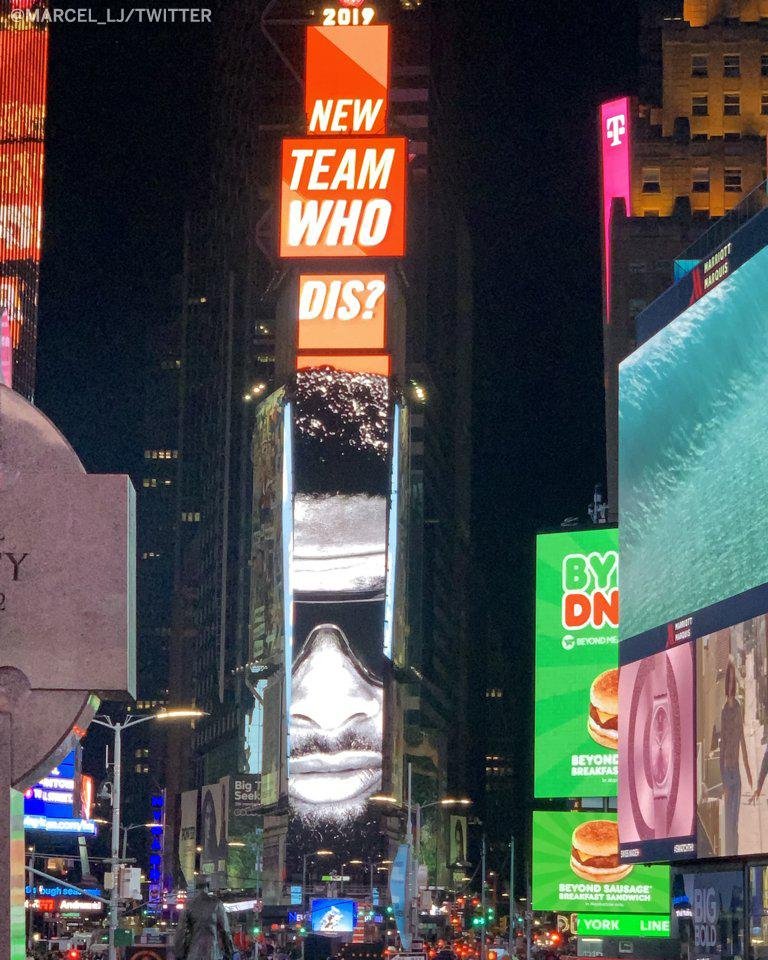