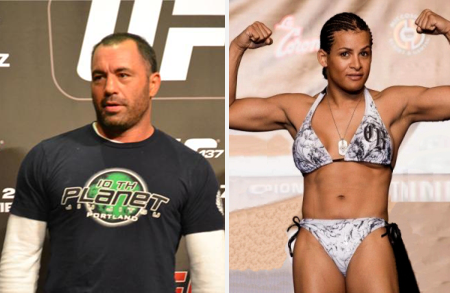 Joe Rogan, the voice of the UFC, has taken his stand against letting transgendered MMA fighter Fallon Fox fight women.

“She calls herself a woman, but I tend to disagree,” Rogan said during his podcast, TMZ reported.

“She used to be a man, but now she has had, she’s a transgender which is [the] official term that means you’ve gone through it, right?,” he added. “And she wants to be able to fight women in MMA. I say no f***ing way.”

He then continued with his explicit language, saying that once she was born a male, her body structure would forever be a male’s.

She had been struggling to keep her identity hidden until now, and despite Rogan’s stance, said that she believes she should be allowed to fight women in the ring.