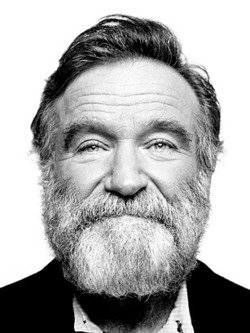 Actor Robin Williams was found dead today (Monday, August 11) from an apparent suicide at his home in Northern California. He was 63.

The Marin County Sheriff’s office said it received an emergency call about noon local time, saying Williams was unconscious and not breathing at his home near Tiburon, north of San Francisco.

The coroner’s division said it suspected Williams committed suicide by asphyxia, but the cause of death is still under investigation and an autopsy will be conducted Tuesday.

Williams had recently been suffering from severe depression, his publicist Mara Buxbaum said in a statement, and the actor had repeatedly talked about his past struggles with alcohol.

Williams and his outlandish brand of humor were introduced to the world in the late 70s as a quirky extraterrestrial in the television comedy “Mork & Mindy.”

A versatile actor, Williams’ roles in films such as “Aladdin”, “Good Will Hunting”, “Mrs. Doubtfire”, “Dead Poets Society”, “The Fisher King”, “What Dreams May Come”, among many, many others, made him one of Hollywood’s biggest stars.

“This morning, I lost my husband and my best friend, while the world lost one of its most beloved artists and beautiful human beings. I am utterly heartbroken,” Williams’ wife Susan Schneider said in a statement.

Williams married three times, most recently in 2011 to Schneider. He has three children.

In his last Twitter post on July 31, Williams had wished his daughter Zelda a happy 25th birthday. Late on Monday, Zelda wrote on Twitter: “I love you. I miss you. I’ll try to keep looking up.”