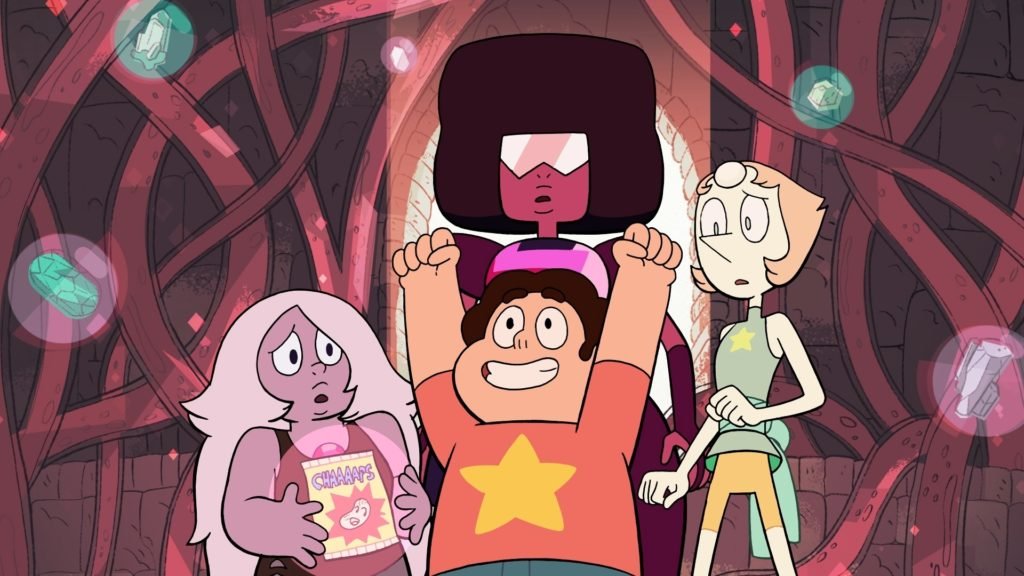 “A couple years ago I met with the amazing @rebeccasugar and got thw [sic] opportunity of a LIFETIME. I’m so proud to announce I’m co- exec producer of … STEVEN UNIVERSE: THE MoVIE.”

Chance the Rapper posted his gratitude on Twitter as he announced his upcoming collaboration with Cartoon Network and the team behind the animated series, Steven Universe.

Along with taking on co-executive producer duties, Chance will also contribute music to the television film, Steven Universe: The Movie.

A couple years ago I met with the amazing @rebeccasugar and got thw opportunity of a LIFETIME. I’m so proud to announce I’m co- exec producer of …

This is become a pattern for Chance, in 2014 he worked on the remake of the theme song of the animated series classic, Arthur —and even preformed his version on The Late Show with Stephen Colbert alongside the theme song’s original writer and performer, Ziggy Marley and Jon Batiste. Earlier this month on Instagram, Chance teased a new theme song for the upcoming return of the Nickelodeon sketch show, All That.

Original All That cast members will be making appearances on the show including, Kel Mitchell, Josh Server, and Lori Beth. Kenan Thompson will add executive produce to his already busy schedule.

The Steven Universe: The Movie will premiere in the Fall and will feature original music by a number of artists including, Estelle, Gallant, and of course, Chance the Rapper.

Kel Mitchell tearing up the hardwood on Dancing with the Stars

Kenan Thompson continues his reign at NBC with new show

Nas — ‘Adam And Eve’ on The Late Show with Stephen Colbert

The Adventures of Pete & Pete Reunion