50 Cent is the king of pettiness and trolling people over any and everything. And quite frankly, I don’t wish for him to stop because it’s quite comical. The most recent target of his incessant trolling? French Montana.

50 Cent purchased a 2020 Bugatti Chiron as a gift to himself. He wasn’t the only one to purchase a new car. French Montana spent $1.5 million on a Bugatti for himself as well.

50 Cent felt the need to comment on Montana’s Bugatti, captioning a photo of laid up in the hospital, ”I’m in the hospital so sick of n***as. That’s a 2010 Veyron man, you shoulda just got the Uber app on ya phone it’s 2020 Chiron Man hahaha Put that bullsh*t back on that truck.” 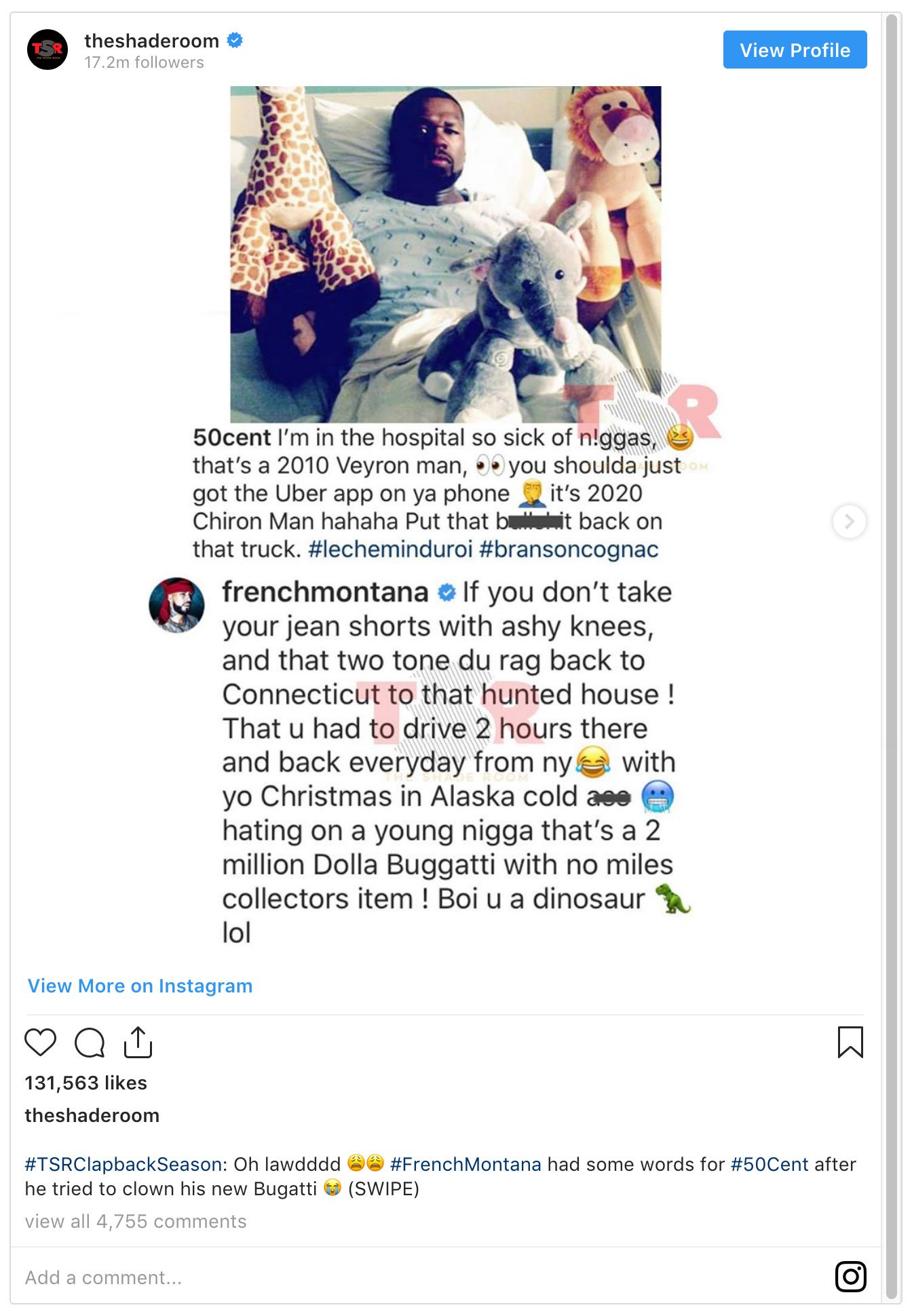 Montana recently did a stretch in a hospital ICU for exhaustion and dehydration (wink wink).

Responding in a now deleted IG post, Montana wrote, “TRUE STORY !!” French wrote in his caption. “TELL THE WORLD HOW YOU PAYED FOR THE RIGHTS TO TEKASHI 69 LIFE STORY ! YOU THOUGHT I WASNT GOING FIND OUT …. NOW WHY WOULD YOU GO AND DO THAT !! 😂😂KNOWING THE PEOPLE ALREADY SAID YOU WAS THE BIGGEST RODENT IN NY !! 🐀 LIKE FATHER LIKE SON !! Everybody go under his page and put the 🐀🐀 emoji lol CANT BULLY A GROWN ASS MAN 59.”

I guess 50 just wanted to make it clear to everyone that Montana’s Bugatti is nowhere near as good as his Bugatti.

Antonio Brown, entourage in tow, stops by for a workout with New Orleans Saints