Hip hop star and Love and Hip Hop cast member Juelz Santana may be getting out of prison earlier than we all thought. On March 9, 2018 Santana, real name LaRon L. James, was at Newark Airport to catch a flight to San Francisco. During security screening a handgun was discovered in his bag. After realizing there was a gun in his bag, Santana ran from the airport, leaving his bag, the gun, and his driver’s license behind. He turned himself in to police two days later. Santana contends the gun was placed in his bag by accident.

He was sentenced to 27 months in prison in December 2018 after pleading guilty to possession of a firearm by a convicted felon and carrying a weapon on an aircraft. He began serving his prison sentence in March of this year. 9 months into that 2-year sentence his wife Kimberly ”Kimbella” Vanderhee may have hinted at an early release after posting a picture of Santana to her Instagram.

“F*ck out of here 2019!! Summer 2020 my HUSBAND will be home, bring on the new year so we can start our new beginning!! We did our longest leg in the feds now we’re on our shortest leg count down til he comes, the kids and I are so looking forward to it! This year was tough but we got through it through the grace of GOD! I am grateful my husband is doing well doing what he has to do. Juelz says WHAT UP and he’ll be home soon.😇💪🏾🙏🏾💯🙌🏾” 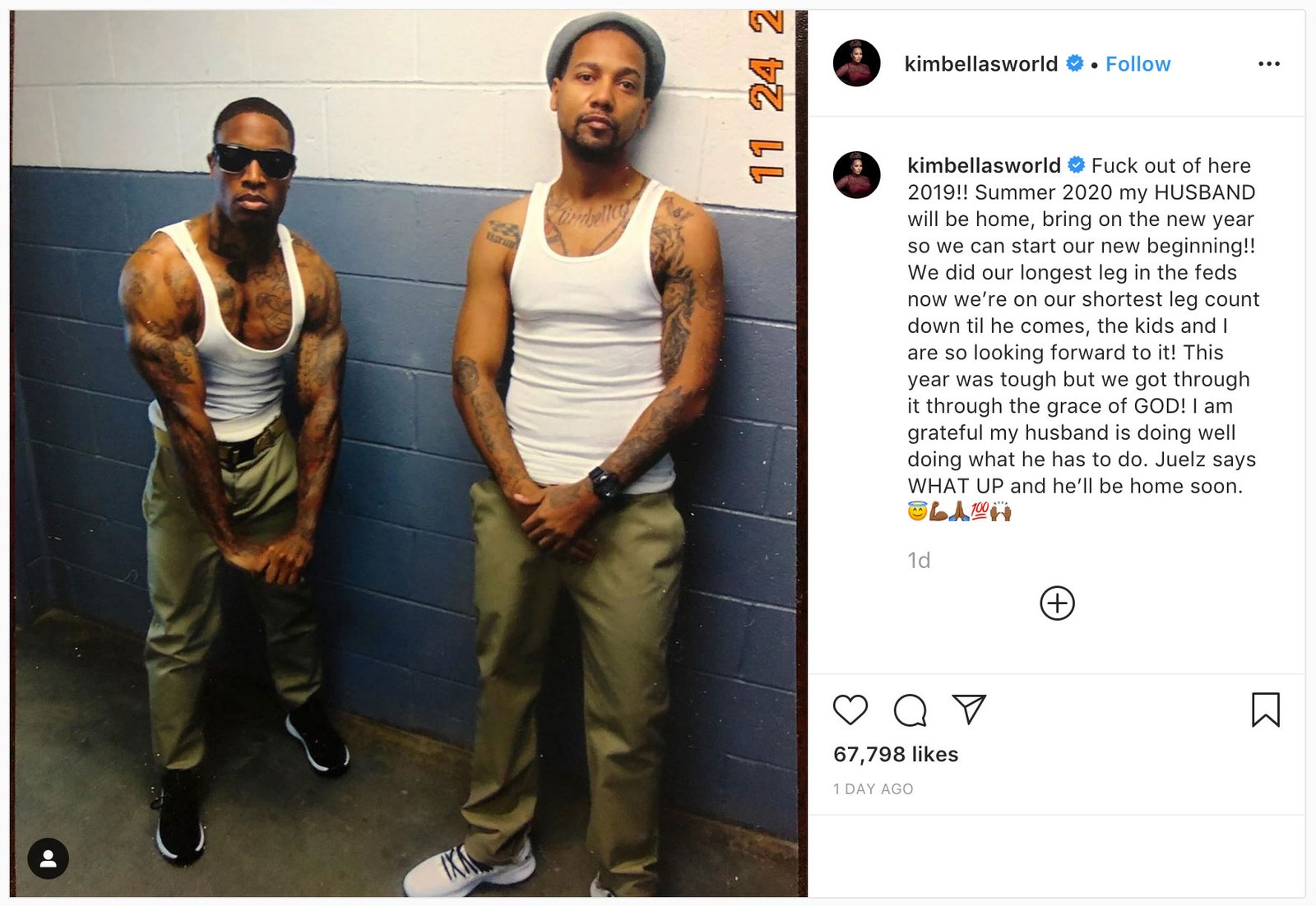 Da Baby’s d!@k pic gets leaked; Safaree and Erica Mena are thirsty for attention; Lizzo is just being Lizzo

Deconstructing the Myth of Lil Wayne…