25-year-old Torrence Hatch, better known as Lil Boosie, was sentenced to four years in prison on Monday (Nov. 9) for violating the terms of his probation. 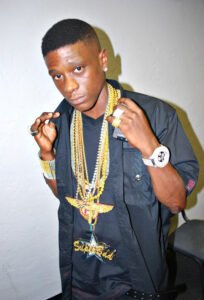 The sentence from District Court Judge Chip Moore is double the two years he was expected to get after reaching a plea agreement with prosecutors in his drug and gun possession case. In October 2008 Hatch was arrested during a traffic stop after police found a bag of marijuana, a blunt and a gun in his car. Hatch’s plea deal with prosecutors was expected to net the rapper a 10-year prison bid with 8 years suspended and the possibility of having an additional year knocked off the sentence for good behavior.

Without the plea deal Hatch faced a possible 25 years in prison (up to 20 years for the drug charge and a mandatory 5 years minimum for the gun). Along with the reduced sentence Hatch was put on probation, allowed to remain out of jail while awaiting the official sentencing, with the pretense that he remain confined to his home, wear and ankle monitor and clear all scheduled concerts and shows with the court.

In handing down his sentence Judge Moore sited Hatch’s repeated violation of his probation agreement, the monitor indicated that Hatch broken the terms of his probation by leaving his home on a number of occasions.

Hatch was taken into custody immediately following Monday’s hearing. His lawyer says he expects Hatch will serve at least two years of the sentence before being eligible for release, after which he’ll be place on probation for five years. The firearm charge will be dropped if he stays out of trouble while on probation.

Mike Tyson Arrested After Fight with Photog at LAX