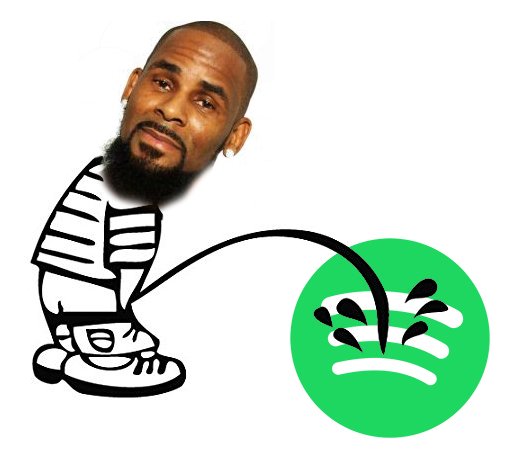 Spotify has decided to do away with it’s censorship of R. Kelly music on it’s curated playlists.

In May the music service had announced it would remove the singer’s music from it’s playlists following a string of recent controversial incidents involving Kelly, as part of it’s new artist conduct policy.

But Friday (6/1), the company announced a change in direction, “Spotify recently shared a new policy around hate content and conduct, and while we believe our intentions were good, the language was too vague, we created confusion and concern, and didn’t spend enough time getting input from our own team and key partners before sharing new guidelines”, reads a statement on the Spotify website.

“Across all genres, our role is not to regulate artists. Therefore, we are moving away from implementing a policy around artist conduct.”

The policy quickly presented a problem for Spotify as subscribers and artists sought clarity on what defined hate content and conduct.

While there have been many accusations around Kelly’s behavior, he has never been found guilty of any illegal acts. A point highlighted in a statement sent to BuzzFeed on Kelly’s behalf, “Spotify promotes numerous other artists who are convicted felons, others who have been arrested on charges of domestic violence and artists who sing lyrics that are violent and anti-women in nature. Mr. Kelly falls into none of these categories, and it is unfortunate and shortsighted that Spotify fails to recognize this.”

R. Kelly’s made news recently with claims that he has been holding women against their will in a “cult”. Those claims have not been substantiated.

Pusha-T — 'The Story of Adidon' freestyle

Joycelyn Savage, is ready to tell us every dirty R. Kelly secret… for a small fee

10 Ways to keep yourself occupied while unemployed