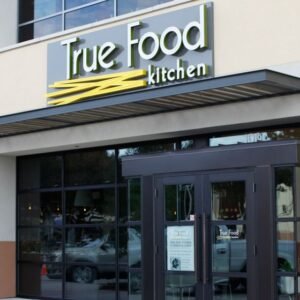 True Kitchen and Kocktails restaurant owner Kevin Kelly had had enough. Kelly had told a few patrons at his new restaurant to stop twerking, but apparently, they didn’t listen.

So, Kelly stood in front of his restaurant and said if this action didn’t stop, then the people could leave his establishment.

“I invested a lot of money into buying this building and developing this concept so Black people can have somewhere nice to go to,” Kelley said in the video that went viral.

“But all this twerking and [expletive], take it to Pryme, take it to Pink [two Dallas clubs], because we’re a restaurant.”

“Get the [expletive] out of my restaurant.” And for anyone who doesn’t like this message? “Get out because I don’t need your money.”

Kelly would later apologize for his words but not for his actions, which he felt warranted the outburst.

Kelly said he wasn’t speaking about most of the patrons in his restaurant, just the ones who started twerking. So far, for the most part, he has received praise for what he did, but a few people who were there during that time, thought that Kelly may have gone too far.

Part of the problem, as one person pointed out, was the poor choice of music that was played at the restaurant which may have prompted the twerking.

However, Kelly said that was no excuse for what happened.

“The fact that we have music at our restaurant doesn’t mean that you can stand on our seats, lean on glass, and twerk,” he said.

Kelly wanted people who are questioning his judgement to understand the importance of having an upscale establishment in the black community.

“We understand that we can’t be the restaurant for everyone,” he said. “But there are now thousands of people across the country who understand the importance of the Black community having a good concept that they can go eat at. Those who are upset about the actions that we took should look in the mirror and ask themselves if they would want guests to act like that in their restaurant.”