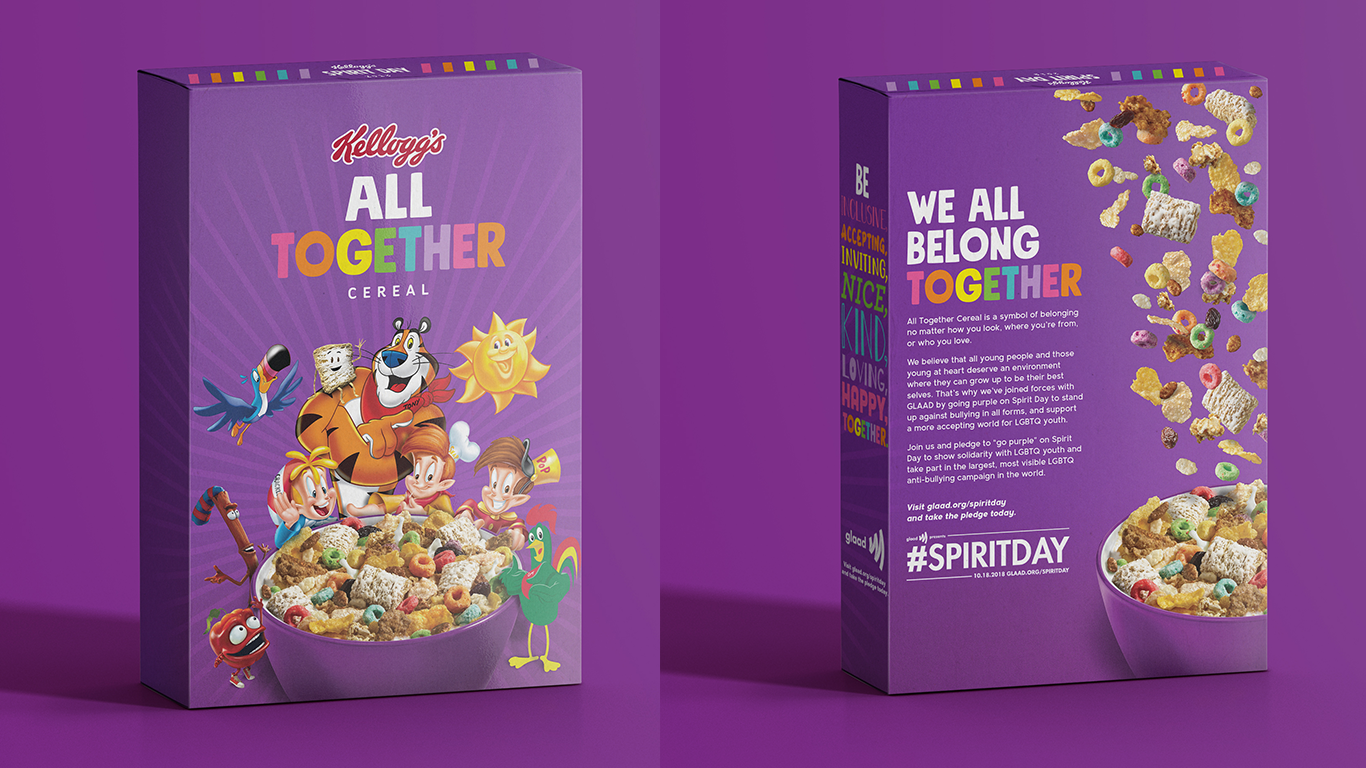 Kellogg made a bold announcement last week with the news that the company was planning a pro-LGBQT breakfast cereal. The cereal, called All Together, is part of a partnership with GLAAD to bring awareness to issues of young gay kids, including bullying.

What makes a cereal gay-friendly or pro-LGBQT? Well, the new cereal, called All Together, will feature characters from six other Kellogg cereals, Frosted Flakes, Froot Loops, Rice Krispies, Corn Flakes, Frosted Mini Wheats, and Raisin Bran, on the box. That doesn’t make it gay-friendly, but the title will be set in rainbow colors, and that’s guy? No. There aren’t any gay characters, or straight cereal characters for that matter. Here’s a statement from Kellogg, “…for the first time in history, our famous mascots and cereals are offered exclusively together in the same box for All Together Cereal. It’s a symbol of acceptance no matter how you look, where you’re from or who you love.”

The group accused Kellogg of engaging in identity politics in a part of everyday life that should be free from politics, the breakfast table, “Supporting the homosexual agenda verses remaining neutral in the cultural war is just bad business. If Christians cannot find corporate neutrality with Kellogg’s, then they will vote with their pocketbook and support companies that are neutral.”

In addition to the cereal, Kellogg will also donate $50,000 to GLAAD.